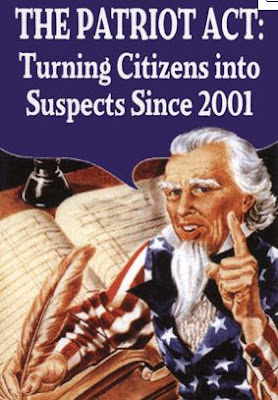 SUBSCRIBED and SWORN before me on
this ­­­11th day of October,2006.
_____________________________
NOTARY PUBLIC
ATTACHED:
Two Affidavits by federal fraud investigator, Sydney Perceful
Anchor, Omega, and ERW trusts.
Business Wire Press Release
Michael W. Lynch – Former Chairman of McCook Metals – Ordered by Judge Eugene R. Wedoff to be unlawfully taken into custody
CHICAGO–(BUSINESS WIRE)–Aug. 22, 2006–Michael Lynch announces that on July 20, 2006, after refusing to dismiss the case in alleged violation of law, Judge Eugene R. Wedoff, Chief Judge of the US Bankruptcy Court for the Northern District, ordered him to be taken into custody, handcuffed, and escorted by a swarm of federal marshals to a forced 341 examination. Mr. Lynch was at no time read his rights in gross violation of law.
According to Lynch, before being taken into custody, Mr. Lynch clarified on the record that Judge Wedoff was committing an act of coercion under duress by directly addressing the chief bankruptcy judge with the question, if he left the building, then he would be picked up by federal marshals and forced to sit for the interrogation? Judge Wedoff answered, “Yes.”
Lynch claims Judge Wedoff’s actions in alleged violation of law and in gross violation of Mr. Lynch’s basic civil rights under the color of law are alleged retaliation for Mr. Lynch’s uncovering Judge Wedoff’s alleged participation in judicial corruption. Lynch claims that on July 20, 2006, an attorney from the law firm Winston & Strawn representing Alcoa, the past major competitor of McCook Metals in the aluminum industry, was improperly allowed to attend Mr. Lynch’s forced 341 examination despite Alcoa being a defendant in a civil RICO action pending in the Tenth Circuit US Court of Appeals in Kansas. Lynch claims evidence indicates that Alcoa allegedly is now in ownership of McCook assets despite Wedoff-appointed trustee, Joseph Baldi, accepting the bid from Pechiney, a French competitor whose bid for McCook was 80% lower than Lynch’s bid to regain his company.
Lynch claims that said attorney from the law firm of Winston & Strawn representing Alcoa is apparently Federal Appellate Judge William Bauer’s niece. Despite the apparent conflict of interest, Judge Bauer has issued rulings against Mr. Lynch in his case before the Seventh Circuit appellate court. Lynch also claims that Judge Bauer is allegedly misusing his official position to protect Alcoa.
Lynch and his legal team have uncovered an alleged conspiracy by Alcoa and the financing giant, General Electric, (GECC) to defraud the US taxpayer by raising the prices for the US military’s acquisition of aluminum for military jets. Lynch claims alleged pre-bankruptcy evidence indicates that allegedly Alcoa and GECC conspired with Judge Wedoff to force McCook Metals into bankruptcy in August 2001 and wrest control of the company from Lynch.
According to Lynch, since April 2006, when an alleged $40 million “judicial bribery fund” was discovered by an expert fraud investigator contracted by the organization, Independent Federal Fund Oversight Committee (IFFOC), Mr. Lynch has been amassing material evidence of alleged judicial, attorney, and trustee wrongdoing which is being immediately funneled to civil and criminal authorities with whom Mr. Lynch is fully cooperating.
On July 20, 2006, before ordering federal marshals to handcuff Mr. Lynch, Judge Wedoff reprimanded Lynch asserting that Lynch had been making false statements about Judge Wedoff’s financial affairs. However, on court record on March 2nd, 2006, the following exchange took place. Mr. David Price, President of IFFOC, who is investigating Judge Wedoff’s financial affairs involving his prior law firm, Jenner & Block, stated, “You asked me to identify myself, and I’m saying we found some inconsistencies in this case, including you, Your Honor, accepting residuals from Jenner & Block that not only give the appearance of conflict, but a direct conflict of interest.” Judge Wedoff made no response, did not deny the allegation, and immediately left the courtroom according to court transcripts claims Lynch. Jenner & Block represented Pechiney in the McCook Metals Case and General Electric in the United Airlines case, which is also under scrutiny according to Lynch.

Witnesses to the events of July 20, 2006 have revealed that federal marshals did not know if Mr. Lynch would remain in custody after he was escorted into the interrogation room. Two marshals entered an adjacent room in which Judge Wedoff was waiting behind the door in an apparent agitated state as evidenced by his pacing, hand wringing, and facial expression claims witness Dr. Shelia Mannix. When questioned after exiting the room with Judge Wedoff, a federal marshal confirmed that Mr. Lynch was free to go after the completion of the 341 examination.
Further, since the uncovering of the alleged bribery fund, Mr. Lynch has chosen to lawfully pursue federal actions against state and federal court agents for alleged wrongdoing that resulted in the collapse of Lynch’s McCook Metals in August 2001 and subsequent improper corporate and personal bankruptcy proceedings. However, Judge Wedoff’s refusal to grant Mr. Lynch’s motions to dismiss the improper bankruptcy proceedings indicate an alleged conspiracy to cover up alleged judicial wrongdoing and obstruction of justice according to Lynch.
Lynch claims further, on July 8th, 2006 in alleged retaliation against Lynch and his family and further alleged obstruction of justice, Judge Wedoff ordered the locks changed at the Lynch family home, thereby putting the family’s safety at risk, and ordered a turnover of all personal property including legal documents pertaining to judicial corruption in the federal court of the Northern District of Illinois.
Visit www.LynchvsSeyfarthShaw.com for Press Releases of:
May 31, 2006
June 6, 2006
June 19, 2006
July 19, 2006
August 18, 2006
Contacts
Michigan Avenue Partners LLC
Michael W. Lynch, 847-691-3203
Michael.Lynch@Vikingacq.com
www.LynchvsSeyfarthShaw.com

Posted by Captain Dan Hanley at 9:42 AM