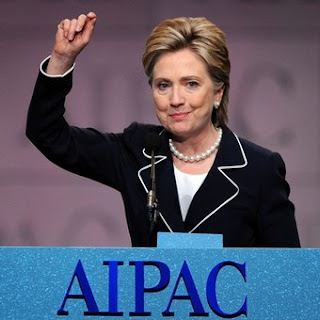 February 2, 2007
4204 Lakeside Way
Newnan, Ga. 30265
Senator Hillary Rodham Clinton
476 Russell Senate Office Building
Washington, D. C. 20515
SUBJ:  WHISTLEBLOWING UNITED PILOTS ASSOCIATION
Dear Senator Clinton,
I am writing you with regard to your membership on the Senate Committee on Health, Education, Labor, and Pensions, and in particular with reference to pension issues surrounding the United Airlines and McCook Metals LLC bankruptcy cases.  Attached, you will find additional reference correspondence addressed to other politicos outlining various controversial legal and political aspects of these court proceedings.
As you are well aware, an increasing number of companies are finding it financially attractive to ‘legally’ employ Chapter 11 bankruptcy to shed their defined-benefit pension obligations to their employees onto the PBGC/taxpayers backs.  Recently surfaced legal evidence in support of allegations of possible federal judicial corruption and illegal White House collusion in the United Airlines and McCook Metals LLC bankruptcy cases give rise for alarm and cause for an investigation into these legal and political matters.
Senator Kennedy has been apprised of these issues.  All members of the Senate and House Judiciary Committees, all members of the House Committee on Education and Labor, Senators Reid and Levin, and Congresswoman Pelosi have been advised as well.  Kindly peruse the attached correspondence for amplifying information regarding these cases.  Any assistance your committee can provide is greatly appreciated. I am available to answer any questions your staff might have.  Thank you for your consideration.
Very respectfully,
Dan Hanley
Encl:  Letter dated April 6, 2006 to DOJ, DOT, and DHS
Letter dated November 12, 2006 to Congressman Henry Waxman
Letter dated November 18, 2006 to Senators Reid, Durbin, and Obama
Letter dated November 20, 2006 to District Attorney Patrick Fitzgerald
Letter dated November 26, 2006 to Senator Carl Levin
Letter dated November 28, 2006 to Alberto Gonzales, Supreme Court Justice
Stevens, Senator Leahy, and Congressman Conyers
Letter dated January 25, 2007 to Senator Leahy
Letter dated January 25, 2007 to Congressman Conyers
Letter dated February 1, 2007 to Congressman Miller
Letter dated February 1, 2007 to Senator Kennedy
Cc:     Senator Ted Kennedy
Michael Lynch
Posted by Captain Dan Hanley at 2:59 PM