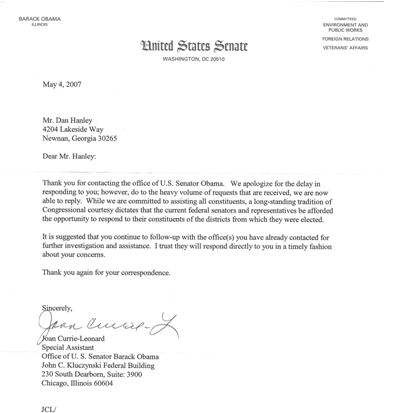 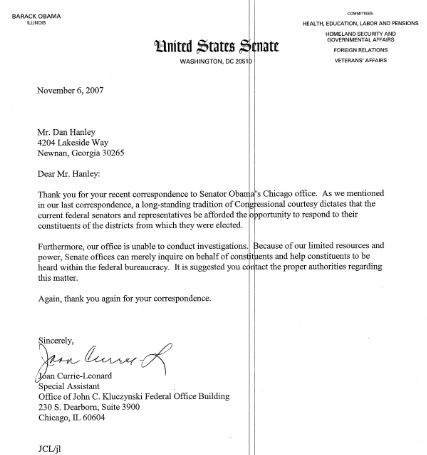 Letter from Senator Saxby Chambliss (R-GA) informing Captain Hanley that he will assist him by contacting the Department of Justice on his behalf: 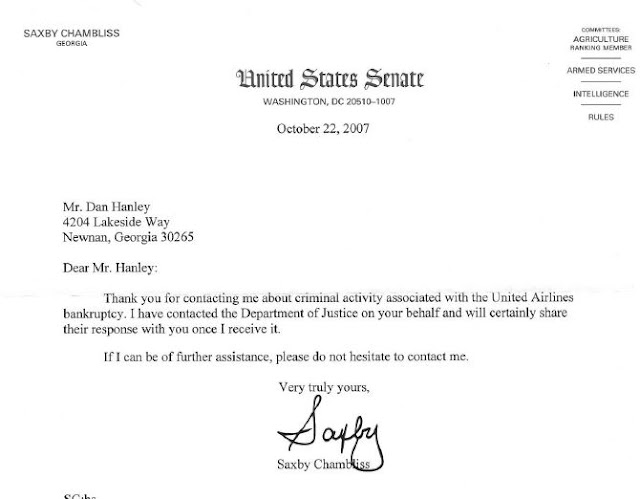 Letter from Senator Saxby Chambliss (R-GA) telling Captain Hanley to get lost...he cannot help him...'no jurisdiction in matters such as these'...then who does? 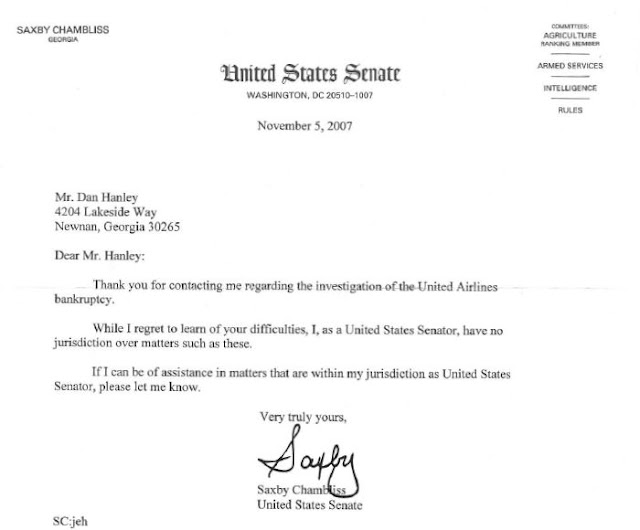 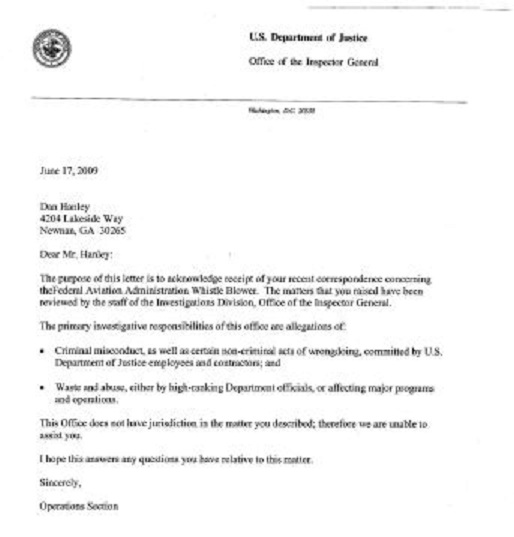