May 16, 2011
Islamabad, Pakistan
President Barack Obama
1600 Pennsylvania Avenue NW
Washington, DC 20500
SUBJ:  MY PUBLIC DECLARATION AS A WORLD CITIZEN
Dear President Obama,
I have written countless letters to your office without response.  As you know, I am a federal whistleblower on numerous counts presently living in Islamabad, Pakistan with my Pakistani wife, Huma.  We have established a business in Islamabad and have launched an NGO, the International Pakistani Orphan Relief Fund, with approval of a pending application for the same.
Last fall, I applied for a waiver on the legal provisions for Irish citizenship since I wanted to retire to the land of my roots, but have not received a response from the office of the Honorable Dermot Ahern, the Irish Minister for Justice and Law Reform.  Additionally, I addressed my concerns to Amnesty International Secretary General Salil Shetty during this same time frame.
Because Pakistan is my wife’s homeland and because I very much desire to reside here in support of our new family, as well as the many families who were devastated by flooding in the region, the ‘forgotten ones’, I recently wrote a letter to The Honorable Rehman Malik, the Pakistan Interior Minister, requesting dual citizenship with Pakistan since so many Pakistan citizens currently enjoy dual citizenship with the United States.
I serve as the Transportation Medical Whistleblower for a grassroots network called ‘Medical Whistleblower’, whose executive director, Dr. Janet Parker, asked me to endorse the  the Medical Whistleblower Advocacy Network Universal Periodic Review, which is before the United Nations and that you had previously agreed with Dr. Parker to support with your signature.
Article 13(2) of the Universal Declaration of Human Rights thus states:

“Everyone has the right to leave any country, including his own, and to return to his country.”

U.S. citizenship is my birthright and freedom of speech is an unalienable right enshrined in the first amendment of our constitution.
Amnesty International’s vision is for “every person to enjoy all the rights enshrined in the Universal Declaration of Human Rights and other international human rights standards”.  The Sarbanes-Oxley Act includes specific protections, including protection of retaliation against witnesses per Title 18 – Part I – Chapter 73 § 1513 ‘Retaliating against a witness, victim, or an informant’.
UBS Sarbanes-Oxley whistleblower Bradley Birkenfeld is serving a 40-month prison term for his honesty in attempting to expose phenomenal white-collar criminality.  PFC Bradley Manning is suffering severe recriminations in prison for his honesty as a whistleblower attempting to protect human lives.  National Security whistleblower Julia Davis suffered an attack by a Department of Homeland Security Black Hawk helicopter on her home for being honest in protecting the national security interests of her homeland, the United States of America.  The pinnacle of hypocrisy for me is living abroad in a U.S.-friendly country fearing a return to my homeland due to the above, coupled with the failure of our government to protect an informant family member of mine from physical and other harm as provided by federal law for informants of violations of federal law.
Due process of federal law has not been served in my case.  I recently sent copies of federal Form 95 Claim for Damage, Injury or Death to several government offices, including yours.  Recently, your Department of Justice sent me a letter advising me that they had forwarded the form that I sent them to the Federal Aviation Administration and this agency just informed me via registered letter that my case was closed.  The FAA further stated that it was my option to seek damages in six months, which I intend to do with a federal suit against the United States government for $20-million.
Because of phenomenally heightened political tensions in Pakistan recently, and because I have not yet received notification of approval of my applications for dual citizenship from various countries, I herein declare myself to be a world citizen and have applied for a World Passport so that I may travel at my leisure, including trips to the United States to visit with my family members there.
I am a legal citizen of the United States by birth and, as such, must abide by federal regulations and laws since ‘no one in above the law’.  But even more so, I am a global citizen of the world endowed with the unalienable rights of freedom of speech, as are the other 6-billion inhabitants of our fragile planet.  Your endorsement of the revolution that occurred in Egypt and the strong military backing of a NATO ‘no-fly zone’ in Libya, with drone attacks in Yemen and continuing in Pakistan, gives me ample proof of your undying support of me as a federal whistleblower self-exiled in Pakistan.
“Let them call me as rebel, and welcome, I feel no concern from it; but I should suffer the misery of devils, were I to make a whore of my soul by swearing allegiance to one whose character is that of a sottish, stupid, stubborn, worthless, brutish man...” ~ Thomas Paine ~
Consequently, in the very near future, I will be asking the government of Pakistan for diplomatic amnesty on humanitarian grounds for my safety, as the political tensions subside and my application for dual citizenship is approved.
The blatant audacity of the U.S. government to imagine that they can stifle 98% of U.S. federal whistleblowers the past decade, in light of campaign promises of a ‘greater openness of government’ with guarantees of ‘enhancement of protection for federal whistleblowers’ is disgraceful to citizens of our country and the world alike.  There isn’t a government in the world that ‘owns’ me or my tongue and neither will be silenced, as I am protected by the Constitution of the United States…so help me God.
“All that is necessary for the triumph of evil is that good men do nothing.”
~ Edmund Burke ~
Very respectfully,
Dan Hanley
Captain Dan Hanley
International Public Spokesperson
Whistleblowing Airline Employees Association International
Cc:   Dr. Janet Parker – Executive Director, Medical Whistleblower
Tom Devine – Legal Director, Government Accountability Project
Dave Colapinto – General Counsel, National Whistleblower Center
Danielle Brian – Executive Director, Project on Government Oversight
Senator Saxby Chambliss
Senator Johnny Isakson
Congressman Lynn Westmoreland
The Honorable Dermot Ahern – Minister for Justice and Law Reform
The Honorable Salil Shetty – Secretary General, Amnesty International
The Honorable Eric Holder – Attorney General of the United States
The Honorable Lanny Breuer – Asst AGl, Criminal Division
The Honorable Robert Mueller – Director, FBI
Brian Lamkin – Special Agent-in-Charge, Atlanta FBI
Matthew McNamara – Assistant Director, Atlanta SEC
The Honorable Hillary Clinton – Secretary, U.S. State Department
The Honorable Richard Skinner – Inspector General, DHS
The Honorable Janet Napolitano – Secretary, Homeland Security
The Honorable Calvin Scovel – Inspector General, DOT
The Honorable Ray LaHood – Secretary, DOT
The Honorable Randy Babbitt – Administrator, FAA
The Honorable Eric Thorsen – Inspector General, Treasury Department
The Honorable Timothy Geithner – Secretary, Treasury Department
Rebecca Anne Batts – Inspector General, PBGC
Captain Field McConnell – Former Northwest Airlines, Whistleblower
Mrs. Huma Hashmi-Hanley
Ms. Barbara Hollingsworth – Reporter, Washington Examiner
Mr. Michael Lynch – Federal Judicial Corruption Whistleblower
U.S. and Pakistan family members, friends, and other global supporters 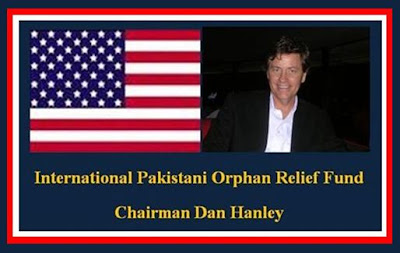 Posted by Captain Dan Hanley at 7:03 AM