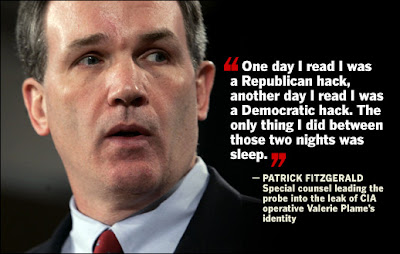 This morning, I flew from my home domicile of Atlanta to Chicago, rented a car and drove to the Chicago Office of the FBI with the intent of providing criminal evidence and a list of witnesses as directed in letters by members of the Department of Justice on three separate occasions, which I have enclosed for your perusal.

I must admit that I was very much shocked and disheartened by the meeting that I had with one of your agents in the briefing room immediately behind the check-in desk on the first floor of the building. I announced to the female agent, (whose name she claimed she could not provide due to FBI regulations), that I was a disenfranchised unprotected FAA and Sarbanes-Oxley whistleblower whose legal rights had been denied.

Additionally, I advised her that I was a public spokesperson for the subject association, had filed federal complaint (#2008-9580) a year ago, and had written your office during this time frame in hopes of arranging a meeting with FBI agents, as suggested at the time by Agent David Barusko, to which I received no response.

Additionally, I told her that, although unprotected, I wanted to provide material evidence and a list of preliminary witnesses that supported my stated criminal allegations in the affidavit that was previously sent to your office. I went on to tell her that I had brought a USB storage device that contained much information, but the security guards at the gate told me that it would have to be stored in one of the lockers and, if the agent desired this information, I could give her the key and she would retrieve it. She refused to retrieve this device.

Disappointed, but not frustrated after having been stonewalled by DOJ for almost three years, I asked her if I could at least speak to an agent in the white-collar criminal division of your office. She refused this request, so I asked her if I could possibly speak to the agent in charge of this department since my associate, Michael Lynch, had already briefed this department on other matters and had a file there containing evidence relevant to my case. She refused.

Finally, although I knew you were presently encumbered with the Blagojevich debacle and other matters, I asked if I could talk to you personally for just a few minutes, since two letters previously sent to your office had gone unanswered. She refused and then informed me that the Department of Justice was not going to investigate our case, which was bewildering to me.

I then queried as to how the FBI could arrive at such a decision not to prosecute a case without ever having viewed a single shred of evidence or questioned witnesses, given that United Airlines was the

single largest employer in the state and the bankruptcy and pension termination were amongst the largest in history.

She could not provide an answer, but continued to insist that DOJ was not going to investigate this case.

This was the ultimate DOJ stonewall in the history of this case, especially after I was merely following the DOJ direction of reporting criminal evidence to an FBI office. Why should one bother to even file a federal criminal complaint, if the FBI will not even receive evidence or hear witness testimony in the matter?
Better yet, why should one even risk being an FAA or Sarbanes-Oxley whistle blower if the protective covenants afforded by these acts are ignored?
Due process of federal law is not being served here. While recognizing that 18 U.S.C.§ 4 “Misprison of felony” only applies to those who knowingly conceal and do not as soon as possible report a federal crime to some judge or other person in civil or military authority under the United States at the risk of being fined or imprisoned not more than three years, or both, the converse holds true here in that I’m attempting to report a federal crime in accordance with Sarbanes-Oxley, but being prevented from doing so by the very federal law enforcement agency empowered to prosecute, while posing grave risk to myself in the process.

If a deferred prosecution agreement has been reached between United Airlines, the Department of Justice, and an assigned external monitor, then would someone in the Department of Justice kindly do me the small favor of informing of such, so I can at least explain this to the association membership and investigative journalists and authors who are tracking this case, while at the same time apologize to my broken family for having wasted three years time with this senseless and frustrating legal exercise in futility? I’m still unprotected; that isn’t asking much.

Last year, the Department of Justice provided a partial list of those corporations who had reached such agreements, with the consequence of white-collar criminal exoneration of their wrongdoings, and financially disenfranchised victims being offered no legal recourse to recoup their losses. United Airlines was not on this list, which I believe is still under investigation by the House Judiciary Committee.

Additionally, would your office staff be so kind as to at least provide a written response to this correspondence alone, explaining the reason(s) your office will not review evidence in this case, since I have received no responses in the past?
On January 31, 2009, I wrote to Glenn Fine, the Department of Justice Inspector General advising him of the chronology of DOJ legal stonewalls of the past few years, while requesting DOJ cooperation in this case. Today’s response from your office was not the level of cooperation I had hoped for.
Very respectfully,
Dan Hanley
Spokesperson – Whistleblowing United Pilot Association
Encl: Letter dated December 11, 2006 from Patrick Fitzgerald
Letter dated May 16, 2007 from FBI DC
Letter dated December 5, 2007 from Deputy Asst AG John
Posted by Captain Dan Hanley at 8:27 AM